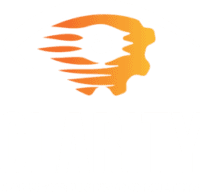 Corruption is “found in all countries big and small, rich and poor but it is in the developing world that its effects are most destructive.”

French philosopher, Jean Jacques Rousseau, believed that humans were inherently good, with one person being equally as good as the other, in nature.  He suggested that humans were corrupted by external forces of civilization.  Economic deprivation, poverty, the lure of wealth, etc. could cause people to deviate from their natural “goodness” and succumb to corrupting influences.

The lure of corrupting influences is strong in India!  It ranks 76th (out of 168 countries) in the Corruption Perception Index Rankings.  One is faced with corruption on a daily basis when operating within India.

The world purchases over $250 billion from India every year.  Needless to say, this is an extremely lucrative figure for the various players vying for a slice of the pie.  The players involved are hence extremely motivated to get as big of a slice from this quarter-trillion-dollar pie, by hook or by crook.

The crooked hook they cast could “corrupt” even the best of buyers.

There are numerous, skillful ploys used to influence buyers.

By influence, I am not referring to gift giving which is a part of the culture of hospitality and thankfulness that is quite typical in India and other parts of Asia.  What I am referring to here is the “lure” of several thousand, even hundreds of thousands of dollars, depending on the size of the benefit sought.

A prospective supplier who is seeking to gain a larger share of the pie will first work on identifying the decision-making hierarchy and the sphere of influence of the individuals involved in a target company’s sourcing process in India.  The individuals most likely to fall prey, are members of the Indian Buying Office.  They are considered safer targets.  The physical distance between the Corporate HQ (typically in Europe or the US) and the Buying Office in India inevitably creates a situation where fiscal reporting could be skewed or misrepresented much more easily than if the entities had been in the same building, for example.  Hence, the individuals in Buying Offices, can be cajoled, over time, to act against their best judgment and any qualms of conscience.

In fact, many companies rely exclusively on the decisions of their Buying Offices and allow relatively autonomous operations, as long as the financial statements show positive trends in the savings numbers.

Some companies, however, have corporate structures where decisions are made at the HQ, located in the US or Europe.  In such cases, the challenge of setting the lure is more formidable for the prospective supplier.  However, since the stakes are high, these challenges are simply par for the course for the supplier looking at increasing business volumes.

After identifying the appropriate individuals, whether in India or in the West and ensuring that these individuals are approachable, the prospective supplier makes their next move.  They skillfully propose the quid pro quo benefits (a.k.a. “the setting”) that they would offer in return for a given volume of business.   More often than not, these offers are politely turned down and the experience chalked up to yet another experience of corruption in India.  However, there are the unfortunate instances, often after a sustained campaign by the luring supplier, where the offer is accepted.

The prospective suppliers typically go after business that is an existing project which they know of at another supplier in India.  Such business is considered “safe” since it is an established fact that the product can be made profitably in India, as opposed to a new product to be developed.  The latter does not have clearly established parameters such as costs and prices.  Besides, the prospective supplier is not exposed to the steep and often painful learning curve that is associated with getting the product developed.

All they have to do is to cut the price marginally to demonstrate savings achieved, account for the “setting” costs, “head-hunt” some of the existing supplier’s employees and they are all set to profitably make the product.  Their sales revenues thus increase significantly with relatively little pain and costs associated with development.

The “setting” – an open secret

The setting comes in various forms.  For example, in one instance, a Buying Agent in India is known to have been awarded a late model Audi car (a Über-Luxury in India) for the “troubles” taken by that individual to move the business away from the current supplier.

In another case, a Buying Agent is known to have set up a shadow company in the name of their spouse or relative.  They conducted “quality and supplier approval audits” on paper to satisfy their corporate Quality System Requirements.  The prospective supplier then sold the products to the buyer’s company through this shadow company.  The Buying Agent is raking in the profits from the shadow company.

These are only some examples of how the arrangement works.  It is worth noting that this setting arrangement is an open secret in the sourcing and procurement circles in India.

(Note: I first became aware of this practice over a decade ago, while setting up our sourcing and project management services company in India.  Even to this day, our sourcing and project management team in India is asked by suppliers, what our setting needs to be so that they can quote the price accordingly.  The tacit understanding being that when the goods ship we would get that “setting” amount paid to us.   We have to clearly explain our policy to them and advise that the business is not awarded based on any “setting” offered by them.)

These are the typical warning signs a company should watch out for as a red-flag of a potential “setting” arrangement.

Business is moved for marginal savings:

Suppliers can certainly lose business for various reasons and good reasons at that.  For example, too high of a price, poor quality, repeated failures to deliver on time, and so on are all justified reasons for suppliers to lose business.

Any deals moving significant amounts of business for marginal savings, especially from a long time supplier, should be scrutinized carefully.  Why would one move business for a few percentage points of savings?  For strategic reasons of supplier consolidation or creating a second supplier?  Sure, that would make sense, but that would be driven by Corporate directives and a definite plan.

Data supporting the move will be sketchy and appears contrived:

Poor supplier performance history is typically the basis for a company’s decision to move business and award it to a different supplier.  It could be ppm, delivery performance or some other KPI metric that has been deficient, repeatedly, over time, despite numerous CA/PA opportunities.  If such clear historical performance data is absent and the decision to move is being based solely on, say, field reports of some “observed” violations or non-conformances, then that should be a red flag.  Incumbent suppliers should not be judged exclusively on field audit reports alone.  The supplier’s historical performance should be a primary driver for continuing or discontinuing the business.

Communication history with the supplier that is losing the business will not reveal any clear chain of events justifying the decision to move:

If the incumbent supplier has been the source of “pain” for the organization, then there should be sufficient evidence of back and forth emails, phone calls, meetings, etc, documenting that pain.   Absent that data or some other compelling reason, the basis of the move should be suspect.

The move is being heavily championed by one or two people while others in the organization are ambivalent about the decision:

A problematic supplier will be well known throughout the organization having caused disruptions that affect multiple functions.  The decision to move should seem like a “no-brainer” to most people in the buyer’s organization who hear about it.  Lack of general consensus behind the decision should be cause for a red flag.

The incumbent supplier will typically lose over 50% of their existing business at the buyer’s company:

An incumbent supplier who has been a proverbial problem child would have been put on notice, threatened with an impending loss of business unless performance improved.  A few token SKU’s would be moved to another supplier as an indication of the seriousness of the threat.  A large-scale movement of business, absent that logical sequence and without clear data, and justifications as described in the paragraphs above, should be a red flag.

The costs associated with qualifying and bringing on a new supplier will typically be “ignored” in any financial justification for a move away from one supplier:

The presence of a red flag does not necessarily imply corruption.  There may be cases of simple human negligence or oversight leading to a red flag event.  Investigations should be carried out very carefully and discreetly.  They should involve a thorough examination of the data so as not to create any misunderstandings or false accusations.

Western companies involved in sourcing from India should be aware of these potential problems.  A properly designed sourcing process with adequate checks and balances should preclude, for the most part, any grossly unethical behavior as well as eliminate any unfair advantages being given to one supplier over another.

It is hoped that this article will increase awareness and help shed light on this problem.  Through this scrutiny, hopefully, this unethical practice of “setting” can be eliminated or at least minimized. 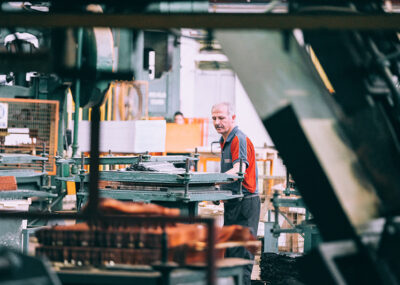 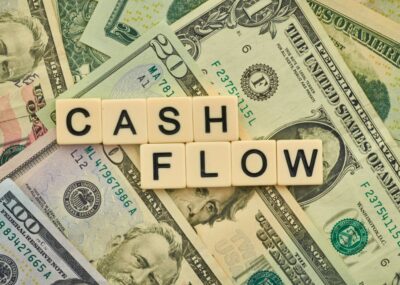 27 years of Manufacturing Companies Failure Rate data: What does it tell you?